My birthday is in the winter. Growing up I often received gifts that couldn’t be used until it warmed up. A few weeks ago, I got a DJI Mavic drone. Like a gift from my youth, I have been itching to use it – despite the cold weather.

On the maiden voyage away from home, I crashed the thing and watched it spin out of control into the snow. I took it out with the kids sledding and ran it into a tree. Rushing to the scene, I quickly pulled it out of the snow.

I did my best to blow out the snow and dry out the parts. The drone had several error messages and even said the gimbal wasn’t responding. Luckily, after leaving it alone to dry, it began working perfectly again.

Every chance I get, I have been taking it out. Despite the below freezing temperatures, I took it out tonight and got this shot.

There is something about panoramas that really excites me. Perhaps it is their bigger than life view of the world.

I remember taking my very first one. On the film camera I used in my high school photography class there was a switch that put it in panorama mode. I didn’t even know what that was or what the photo would turn out like.

While at Grand Tetons National Park, I popped that sucker into panorama mode and shot the most beautiful picture of the sharp snow-capped peaks, deep valleys, and rolling foothills. I had completely forgotten about it until the photos were developed.

I was delighted to find that the funny black bars in my viewfinder actually amounted to something more than bars on the developed photo. The place I got the photos developed had, to my surprise, developed the panorama in its original dimensions. That photo hung on my fridge for years.

Fast forward to the last few years and panoramas have become accessible to all. Every phone has a mode that will let you take a photo that almost stretches completely around you in a circle.

Now this capability has taken on another dimension. I hope you enjoy my first panorama taken from the vantage of a bird. Here’s to many more to come! 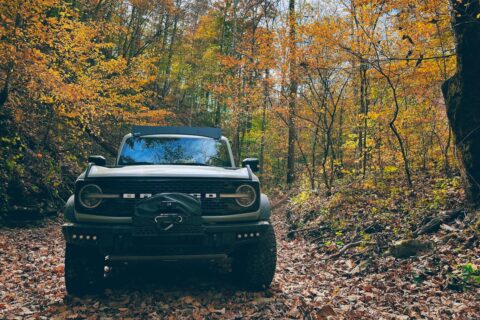